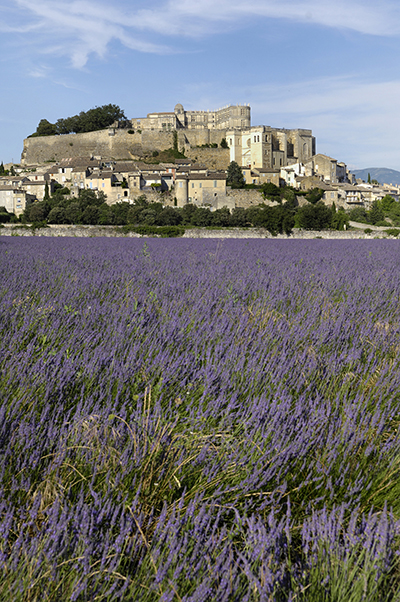 Open to the public in 2015 as a hotel of 9 rooms, it has now regained its original name of "La Ferme Chapouton."

The "tapas bistro” restaurant is open only for this summer (2017). Following renovation work, it will welcome the bistro of Clair de la Plume by the end of October 2017. 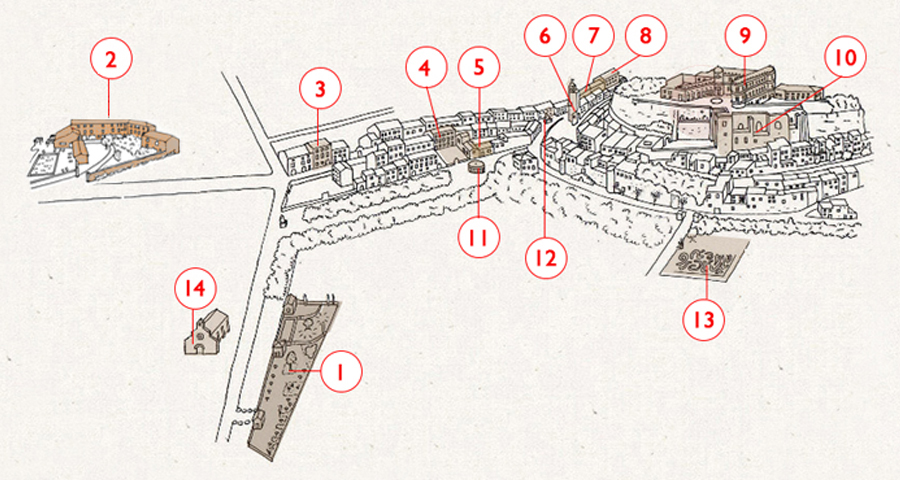 Our 1500m ² Mediterranean Garden offers a variety of lavender, rosemary and other plants that require no irrigation. There is no chemical product used (only organic fertilizer).

It is the oldest monument of Grignan. Of primitive Romanic style, the chapel dates the XIth century. Its so pure facade as well as the regularity of its construction in small device, make it a remarkable building. Surrounded by the community cemetery, this roman chapel, dedicated to Saint Vincent, was the village church before the Collegiate was constructed.

Located 100 meters from the main house, the Private House consists of: 4 suites of whom a junior suite, 2 comfortable rooms, all decorated with a personal style.

Welcome in the Main House of the "Clair de la Plume" (17th & 19th Centuries), where its history began.

Our guest house, just next to the hotel, has private rooms with bathrooms (no bath, but a shower, washbasin and toilet), garden and swimming pool reserved for exclusive use of the guest house. Minibar, TV satellite.

Listed Historical monument dating back to the 13th Century. The Belfry formed, with twelve other towers, Grignan’s defensive system in the middle ages. It was originally the main tower for monitoring the surrounding countryside. Later a dome was added when the village’s first clock was installed.

The mention of the castle is made in 1035, reported in cartularies of the time as « castellum Gradignanum ». From 1239, the castle becomes possession of the Adhémar de Monteil family, whom transform the medieval fortress into a pleasant place. The south façade, called François I façade, was built in 1545.

In 1912, Mme Fontaine, a wealthy widow, bought the ruins and started to rebuild them. The property was sold to the district in 1979.

Today, the castle is a museum where, all year long, several cultural events are organized (classic music and jazz concerts, theatre, proceedings…).

The visit is a must!

Opened October 4, 1857, following a purchase in 1851 launched by François-Auguste Ducros, Mayor of Grignan.

The statue of Mary Rabutin-Chantal, the Marquise de Sevigné is sitting on a chair, with her attributes as a writer (a pen and a scroll).

Madame de Sevigné was born in Paris February 5, 1626. Orphaned at the age of 7, Christophe de Coulanges, her uncle, Abbot of Livry, gave her an education as strong as it was then commonly do. She married, August 6, 1644, the Marquis de Sevigné, who quickly proved to be "the worst husband in the world." He was mortally wounded in a duel in 1651.

Under various writings, Madame de Sevigné was "neither a perfect beauty, or even perfectly lovely," but her mind was always the top. "When you are listening," said Madame de La Fayette, "we do not see that something is missing in the regularity of your features."

She was an accomplished socialite, and was also an incomparable mother for her daughter. Her daughter was married in 1668 to the Comte de Grignan, who was appointed just after Lieutenant General in Provence. The departure of her daughter was for Madame de Sevigne, a real tear and she had only one purpose: to write long letters almost daily to her daughter.

She joined her in Grignan at the end of her life and died April 17, 1696, at seventy years.

Once home to the Bailiff and community court in the 15th Century. The use of the building varied afterwards : a church, a prison, a school… Today, a workshop museum of books and typography, with exhibition halls, operating machinery, a library and literary cafe. By taking the stony main staircase, you reach theworkshops of the XIXth century, in a sound environment. Machines are gathered, from the handpress dating 1843 up to the machine with cylinder. At the ground floor, you enter the studio of the typographer in full production. You pursue your visit in prisons and gaol (well known of the printers, for abuse in the right of expression) which were transformed into showroom. A surprise awaits you....

The History of the “Collegial Saint Sauveur” (Grignan’s Church) is inseparable from that of the castle. Its construction is related to the renewal of the old medieval castle beginning in the early 16th Century by the Adhémar family, which created the spectacular structure.

Around 1530, the church was considered too small for the monks' religious services, and the Collegial was built between 1535 and 1539 on the demand of the Baron Louis Adhémar, against the platform supporting the castle. Religion wars caused some damage during the period 1562 to 1568.

In 1654, Grignan’s Comte Louis Adhémar made a new façade, and, 26 years later, the terrace was built on the Church roof. Around 1665, an admirable organ was built by Charles le Royer (from Namur). Madame de Sevigné, who died at the Château de Grignan, rests in the chorus of the collegiate church.

It is a must to note the noble platform, suspended 15 meters high. This platform allowed for the Count of Grignan to attend ceremonies without having to leave the Château (which covers the roof of the collegial church).

Designed in the spirit of the 17th Century , this garden was constructed to celebrate the 300 year anniversary of the death of the Marquise de Sévigné.

Just below the Château of Grignan, where Francoise Margeurite de Sevigné (wife of Francois Adhémar de Monteil, Count of Grignan) and daughter of the Marquise lived. This garden integrates admirably with the Provencial countryside. Madame de Sevigné visited and spent her last two years in Provence. Her tomb can be found in the Collegiate Church.

The drawing for this garden was made with reference to Madame Sevigné’s letters. Tree shurbs form an ovular pendant that spell out Sevigné in calligraphic letters, which can be seen from the castle’s terrace. A tribute to good taste, the garden was inauguratd on October 15th, 1999, Madame de Sevigné’s date of birth.

To access this little garden, you must follow the Rue du Tour des Remparts, at your right when exiting Mail, then Adhéamr path. It can’t be missed, admire the old roses of the Association “Grignan, Pierres et Roses Anciennes”. The garden is situated in the Adhémar Court.

In the center of the village of Grignan, discover all year round, scents, tastes and traditions of Provence... Tea, nougats and even our take-away pastries. Open daily in summer, from Friday till Sunday for the rest of the year.

The fountain in front of the hotel is in fact a washhouse built in 1853 by Grignan’s Mayor, a solicitor named Ducros. He also built the present town hall, and renewed a part of the Collegial. The washhouse is composed of two parts: a small basin for the washing, and a large one for rinsing. It is inspired by a temple (of Vesta?) still viewable in Rome.

The resonating sounds add to this unique, round wash house. A natural spring still supplies water to its two basins.

The "Place du Mail", where is located the hotel, was the site of the game of "mail", created in 1550 by the Baron of the time. At the time of Madame de Sevigné, the square of Mail had peaked embellishment: it was the meeting place of the brilliant society, gathered in the Castle, that came to be engaged in play of "mail", very popular in 16th Century. This game, ancestor of "croquet" was to push a wooden ball with a mallet with a long handle.